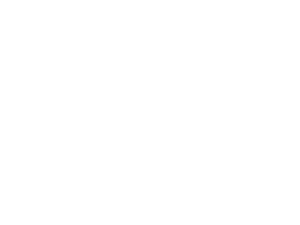 So I Took Antibiotics – What’s The Big Deal? 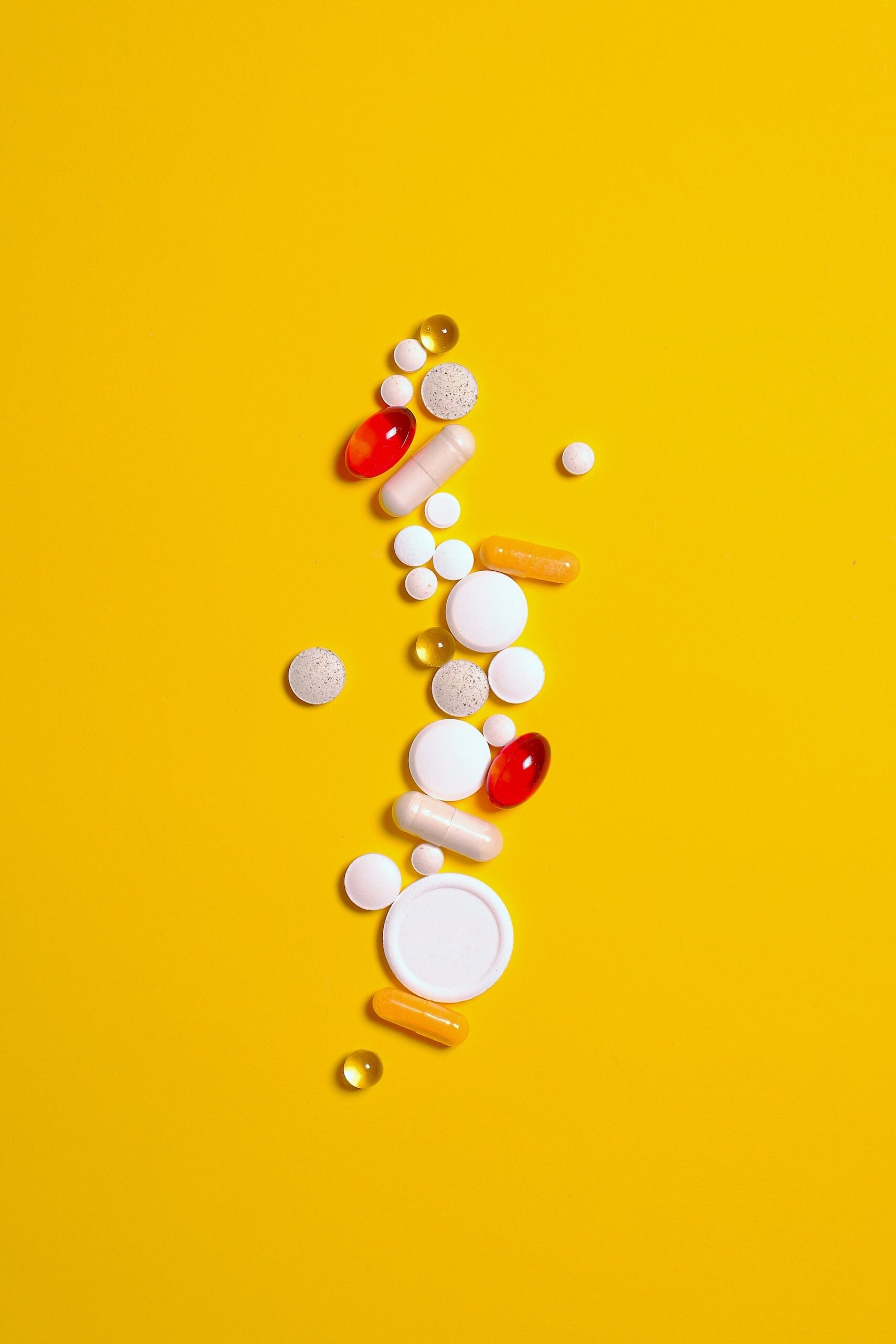 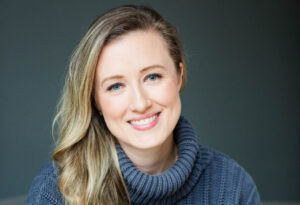 Are Antibiotics Really That Bad…?

August was a rough month. Honestly, the exhaustion was catching up and I’d needed to take a break for a while, but I hadn’t made it a priority. There was just so much going on and I didn’t want to fall behind with work, so I pushed and pushed myself – which is exactly what I tell my clients not to do! – until something gave out and my body forced me to take a break.

I almost ended up in hospital.

Here’s how it happened.

After weeks of feeling run down, exhausted and depressed, I got caught in a torrential rain storm one afternoon after a meeting with my business mentor. I was wearing a summer dress, and the weather turned quite dramatically – one moment it was sunny, the  sky went dark in the middle of the afternoon and the streets began flooding. I was soaked through in seconds – even my socks were sopping wet.

It gets worse. I arrived home shivering and soaked to find the hot water wasn’t working in my building. My hair was dripping wet so I brushed it back and hopped in my car, and sat shivering in traffic for almost 2 hours.

That was the final straw – I felt the familiar twinge of a UTI. A goddamn UTI!

Now, I know a lot of women – many of them are clients and friends of mine – who deal with these on a regular basis, and it is painful and frustrating. I’m lucky enough to have only had one UTI in my life prior to this, so when I started feeling that ‘twinge’ coming on, I wasn’t worried. I thought my body would fight it off like it normally does. I thought wrong.

I made a mistake.

So… I sort of ignored it for a few days. I carried on working and stressing and it got gradually worse, until I was laid up on the sofa with a hot water bottle glued to my belly (and in 34 degree August heat, too – not fun, I can tell you).

Over the following 7 days, it got a little better, then a little worse, then a little better again. By day 7, I was in a lot of pain, and I was starting to feeling shivery and a little nauseous. These are possible signs that the UTI is developing into a kidney infection, and that is no joke.

I realised I’d made a big mistake. I hadn’t taken the situation seriously enough. And now I was really ill and on the verge of going into hospital. I was sure that if I’d have gotten on top of the situation sooner, I could’ve avoided this, but now it was too late, and my options felt limited.

So I made a decision that may shock you – I decided to take antibiotics.

Antibiotics – What Are They Actually For?

Or maybe it doesn’t shock you at all. But either way, you’ll be very well aware of the bad press that antibiotics have received over recent years. I felt reluctant to take them, despite the fact that I clearly needed them at this point.

All of the research I’ve done, and all of the people I’ve worked with who had health issues that were made worse by the unnecessary and excessive use of antibiotics – it had certainly gotten into my head. I felt a sense of fear and foreboding about taking them.

My health has been great these past few years, and I was worried that taking antibiotics was about to ruin my health. Overuse of antibiotics is know to alter the gut microbiota, which is linked with many chronic health conditions. Many of my acne clients have a history of antibiotic use – would taking them ruin my skin again?

The problem with antibiotics is that they are often overused. They are frequently prescribed in situations where they won’t work, because antibiotics treat bacterial infections, not viral ones.

Bacteria are smart. When we take antibiotics for viral infections, we give bacteria a chance to evolve in order to avoid future attacks. This is how antibiotic-resistant infections happen. It’s the bacteria that become resistant, not you, meaning that even if you haven’t been taking antibiotics, you could get a bacterial infection that has developed resistance. Then when you really need them… they don’t work.

Hours after popping the first pill, I already felt better. I hadn’t realised how much this infection was affecting me – my headache lifted, I could think clearly again, and my energy came back. And just in time to catch my flight to Amsterdam for the bank holiday weekend!

In addition to taking the antibiotics, I wanted to do everything I could to support my body to heal on its own. I started taking Optibac’s Probiotics for Those On Antibiotics – a probiotic supplement that contains 3 friendly bacteria strains that have been proven to survive whilst being taken alongside antibiotics, to minimise the damage.

I also started taking D-Mannose (effective for UTI’s caused by e.coli), Monolaurin (effective for UTI’s not caused by e.coli), Uva Ursi, high-dose vitamin C and some soothing marshmallow root. After I had finished the course of antibiotics, I started taking S.Boulardii to help restore my gut flora. I’m including plenty of plant foods in my diet to feed the good bacteria, bone broth to heal the gut lining, and fermented foods including kimchi and kefir for natural probiotics.

A Word of Warning

If you do need to take antibiotics, don’t avoid them – it can have potentially serious consequences. UTI’s that develop into kidney infections can cause lasting damage if left untreated for too long.

If you do take antibiotics, make sure you complete the full course. If you stop before finishing the prescription, you’re basically giving the bacteria a chance to learn to fight – similar to what vaccines do for viruses.

If you suffer from recurrent UTI, let’s talk about what you can do to address that. Drop me an email – I’m happy to help. 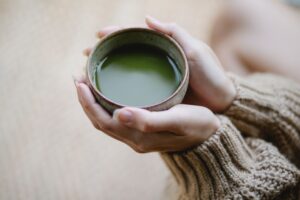 I love sipping on a Vanilla Matcha Latte. I often make one 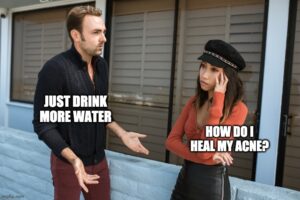 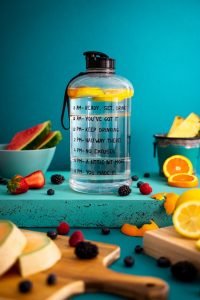 Acne Causes: Is Toxic Tap Water Making You Break Out?

Im excited to offer you a free mini-consultation f

Thank you for your support this year and for follo

Health Tips delivered to your inbox

Sign up for my fortnightly newsletter. I won’t spam you, I promise.

We use cookies on our website to give you the most relevant experience by remembering your preferences and repeat visits. By clicking “Accept All”, you consent to the use of ALL the cookies. However, you may visit "Cookie Settings" to provide a controlled consent.
Cookie SettingsAccept All
Manage consent

This website uses cookies to improve your experience while you navigate through the website. Out of these, the cookies that are categorized as necessary are stored on your browser as they are essential for the working of basic functionalities of the website. We also use third-party cookies that help us analyze and understand how you use this website. These cookies will be stored in your browser only with your consent. You also have the option to opt-out of these cookies. But opting out of some of these cookies may affect your browsing experience.
Necessary Always Enabled
Necessary cookies are absolutely essential for the website to function properly. These cookies ensure basic functionalities and security features of the website, anonymously.
Functional
Functional cookies help to perform certain functionalities like sharing the content of the website on social media platforms, collect feedbacks, and other third-party features.
Performance
Performance cookies are used to understand and analyze the key performance indexes of the website which helps in delivering a better user experience for the visitors.
Analytics
Analytical cookies are used to understand how visitors interact with the website. These cookies help provide information on metrics the number of visitors, bounce rate, traffic source, etc.
Advertisement
Advertisement cookies are used to provide visitors with relevant ads and marketing campaigns. These cookies track visitors across websites and collect information to provide customized ads.
Others
Other uncategorized cookies are those that are being analyzed and have not been classified into a category as yet.
SAVE & ACCEPT

A Functional Medicine guide to healing your acne from the inside.

100% safe & secure, you details won’t be shared with anyone. 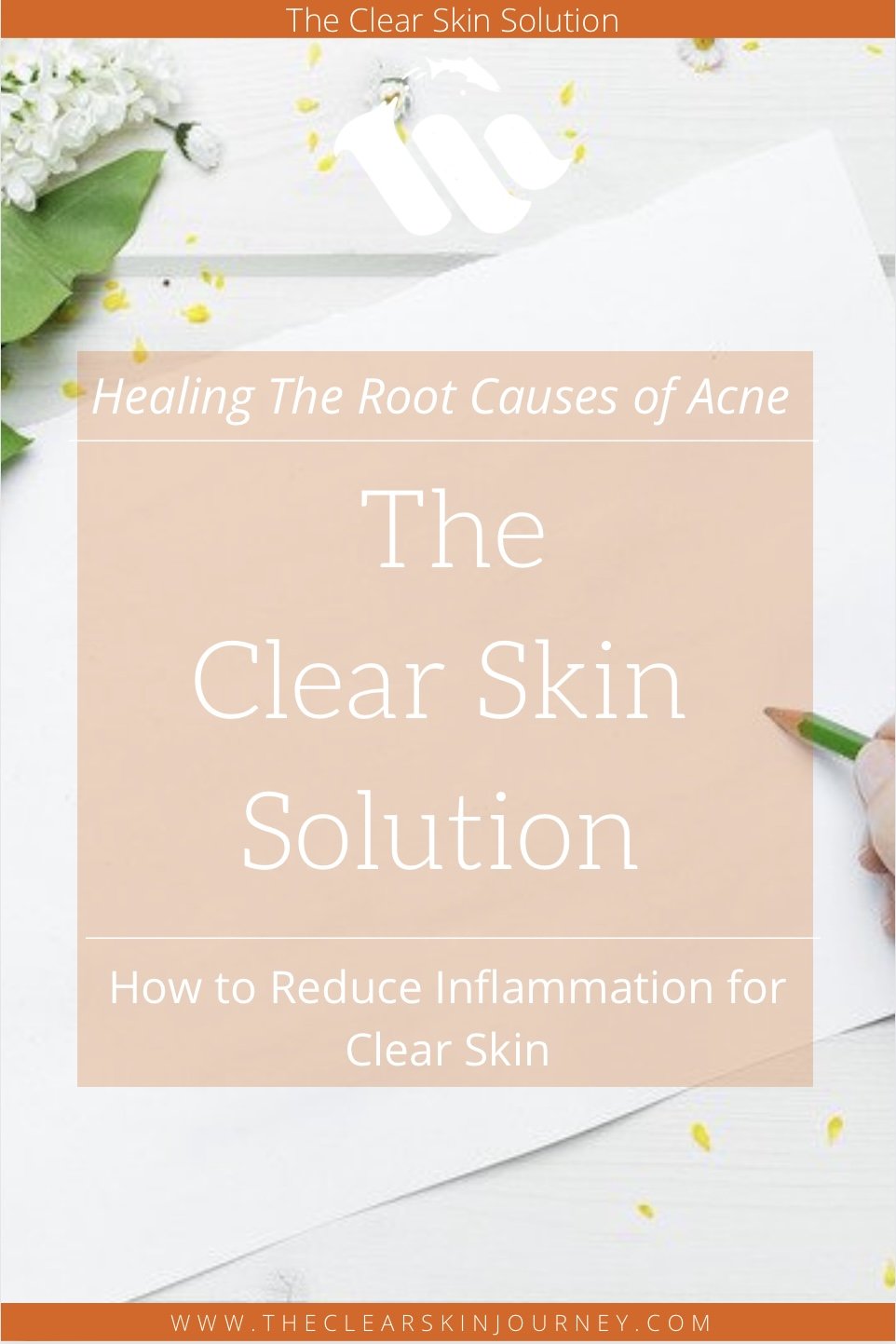